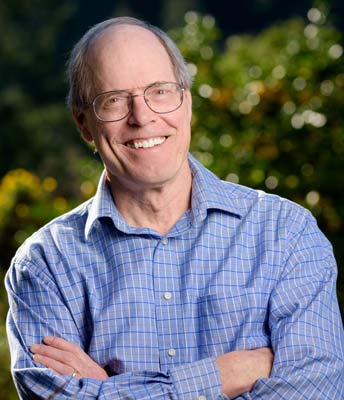 With a masters degree in physics and a Graduate Certificate in Science Communication, Robert Arthur Stayton is uniquely positioned to explain science to the general public. He discovered solar energy in 1976 and has made teaching and promoting it his lifework. He has taught courses in physics, energy, and solar energy at the University of California Santa Cruz and Cabrillo College.

His white paper Prospects for the Use of Solar Energy in California prepared for the California State Assembly Office of Research, was a key factor in the passage of AB1558, which established the most advanced solar tax credit in the U.S. One California state department head wrote to David Saxon, President of the University of California at the time, praising the report: “For a scientist to be able to communicate in language a lay person can understand is a rare quality. Mr. Stayton demonstrates this gift in this very fine publication.”

Stayton co-founded Energy Action, a research group that received a grant from the California Energy Commission. He also co-founded Energy Future Santa Cruz, a nonprofit organization that received funding from the National Science Foundation to develop an energy plan for Santa Cruz County using input from government agencies, community organizations, schools, and citizens. He also served as Energy Advisor for Santa Cruz County Supervisor Pat Liberty and served on the Energy Advisory Committee for the City of Santa Cruz.

In 1997, Robert and his wife built a passive solar home in Santa Cruz County and outfitted it with an off-grid solar photovoltaic system. He has been living with solar energy since then, always looking for new ways to apply solar in his daily life. He drives a solar-charged Plug-in Prius, heats his water with a solar water heating system, and bakes his bread in his solar oven. He has served as host to hundreds of people who have toured his home to see his solar exploits firsthand.